Comparing implementation of MVC between J2EE Struts 2 & ASP.NET MVC 2, who is the best? Part 2

So, what’s the agenda?


In our previous article we had compared MVC implementation for J2ee and ASP.NET without using frameworks; to view comparison click ASP.NET MVC and J2ee MVC.

In today’s world no one implements MVC without help of frameworks. So it’s either ASP.NET or j2ee, framework support is a must. Struts 2 has been the most accepted framework in J2ee while in ASP.NET the ASP.NET MVC template is the king. In this article we will compare these frameworks in terms of how they differ in implementation and their positive and negative points.

In this article we will compare both frameworks using 8 agenda points: -


In case you are new to ASP.NET MVC and J2ee Struts framework

Following is the simple ASP.NET MVC video which displays a hello world.

Following is the simple J2EE struts video to teach struts 2 with the help of an example.


Before even I start below is a full comparison sheet which gives an overall view of the comparison. The same we will be discussing in more detail as we proceed in the article.


The first thing which caught our eyes is the Microsoft VS IDE which has a nice readymade template from where developers can start. In MVC J2ee framework the core struts framework does not have something inherent as Microsoft MVC has it. 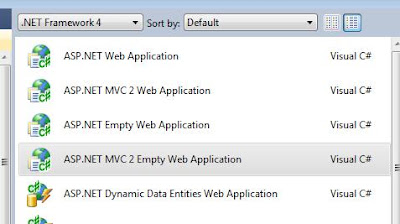 Said and done that it does not mean J2EE community is lagging; you can still take help of open source plug-in to get the template from
http://mvcwebproject.sourceforge.net. Below is a simple snapshot of MVC web project template.

The only difference it’s not inherent like Microsoft MVC. 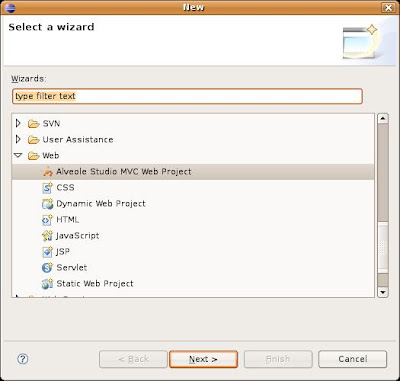 Conclusion: - Definitely Microsoft wins here in terms of more user friendly interfaces and automation due to the MVC template. In j2ee struts framework we need to hunt for a third party plug which will help us to achieve the same kind automation.


Passing data from controller to view


In MVC one of the most crucial parts is transferring data from controller to view. Microsoft MVC introduces a new variable called as ‘ViewData’ which will help us to transport data between controller and view as shown in the below code snippet.

The below code snippet sets data in the controller.

The below code snippet displays data on the view.

Later we can display the data using ‘getAttribute’.

Conclusion: - First thing both the technologies have the facility of passing data, but somehow j2ee Struts framework thought process looks more convincing. At the end of the day view gets a HTTP request, so it’s more logical to pass data using the request objects rather than creating a new variable like view data for the same.

For this I will give equal point to both of them for now.


In ASP.NET MVC the template creates a readymade folder structure (they are termed as areas) which gives a developer a clear picture of where to store the model, views and controllers as shown in the below figure. 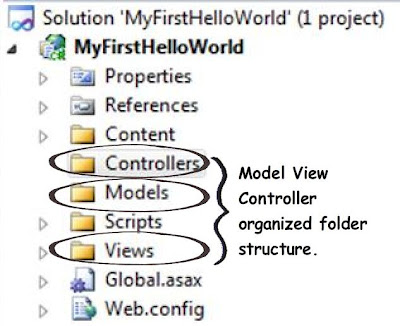 In j2EE struts framework we do not have the clear cut vocabulary for folders as we have in ASP.NET MVC. In J2EE framework the controller and model lies in Java resources folder, while the views are saved in web content folder as show in the below diagram. 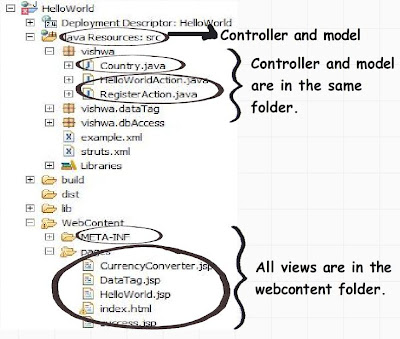 Said and done you can always manually rename and create different folder structure to have the same logical representation as we have in ASP.NET MVC , only that it’s not automated.

As per our knowledge the above logical structure is not possible currently by using any J2EE struts plug-in either.

Conclusion: - ASP.NET MVC has a slight advantage in terms of better project management due to readymade logical folder structure, while in J2ee framework we need to create them manually.


In ASP.NET MVC you have a nice option where you can create strongly typed view. In other words when you add a view you can select the model with which this view will connect. 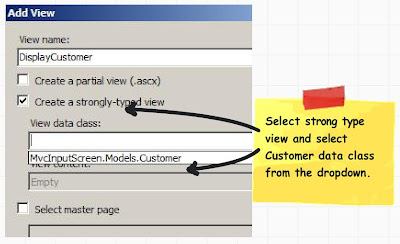 Later when you go in the view and type model keyword you can get the properties of the object in a strongly typed manner.

In java we do not have the concept of strongly typed view. If you want you can set the object in request.getAttribute and then to a type cast to get the object intellisense 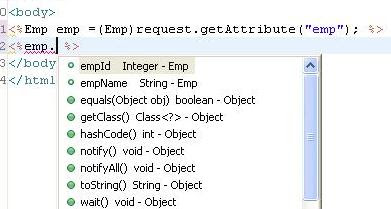 Conclusion: - This feature can look very exciting for ASP.NET community but it was bit amusing for my J2ee friends (I think they are right in lot of sense also). The whole purpose of strong typed views in ASP.NET MVC is for better intellisense which we can be achieved by type casting data from view data object as shown in the below figure.

The biggest problem here is that developers can start thinking that the model is tied up the view. We understand the intention is not that, but the dialog box just makes a visual intention of doing the same. The end goal of MVC is to separate the model from the view.

So concluding it’s a good feature to get maximum from less code but just that it can be confusing for junior developers who are working on MVC. For a small automation I hope we do not end with a logical confusion about MVC fundamental.

Equal points again to both. I am not giving an extra point to ASP.NET MVC as view thing is more confusing and can be achieved by typecasting.

In j2ee struts framework we have tag libraries which help us to generate the HTML code as it is done by using ASP.NET MVC html helper classes.

Conclusion: - Both the frameworks have HTML helper classes. Let’s not get in to which library is better or else we will lose focus on our main comparison. So even points to both the framework on this discussion.


MVC is all about actions and these actions are mapped to URL. As a developer you would love to see your MVC framework have the capability of customizing and configuring the MVC URL with action mapping. Below is a simple table which explains why developers would expect customization and configuration for MVC URL’s.

In ASP.NET MVC this is achieved by using the inbuilt routing mechanism. In order to configure routes you can go to the global.asx.cs code and use the routes collection to map the URL structure with the controllers and actions.


In order to configure MVC URL in J2ee struts framework we can use the Struts XML file to the same. The below mapping is more clean than the routing collection of ASP.NET MVC. In J2ee framework we can see the mappings more better as they are mapped directly to page names.

Conclusion: - J2ee Struts framework definitely wins in terms of MVC URL configuration and mapping to the controller as its defined using XML file. This thing can be really improved in ASP.NET MVC framework. To change the mapping compiling code is more of a burden.


In ASP.NET MVC we have the advantage of doing URL validation using regex (regular expression) before the action hits the controller. For instance below is a simple validation where before the view customer action is called we can check that the input to the action is only numeric value with 2 digits.


Currently J2ee struts framework does not support the same, said and done you can always still do validation after hitting the controller using some custom logic.

Conclusion: - This is definitely a plus point for ASP.NET MVC because MVC URL’s can be invoked from any medium, via browser, via URLs etc. So we would like to ensure that appropriate validation is checked much before it hits the controller.


MVC URL’s are mapped to action and they can be invoked directly which also means that they are subjected to cross site attacks, sql injection etc. ASP.NET MVC framework has provided security attributes by which we can protect our URL from such attacks.

For instance to prevent forgery attacks and cross site scripting attacks we can use the ‘HtmLAntiForgeryToken()’ as shown in the below code snippet.

In the actions later you can then check if there was any violation.

You can also mark the controller by using validate input attribute to avoid CSS.

Critical functions on which you do not want actions to be invoked you can mark the methods as ‘nonaction’ as shown in the below code snippet.

In J2ee Struts framework currently we do not have any inherent security function to achieve the same. Some customized code.

Conclusion: - This is the biggest win for ASP.NET MVC framework security. Hope that J2ee struts framework in coming times has such kind of inherent security feature which will be a great extra added advantage for the framework.


Below is the final conclusion. ASP.NET MVC framework out performs J2ee in 4 things while J2ee has the flexible XML URL customization which is currently not available in ASP.NET MVC. For all the other points both of them remain on the same page.

I have tried my level best to put forward both the sides and while doing so I never had in my mind that I am an ASP.NET Microsoft MVP and I should hard sell ASP.NET MVC framework. I have made by best effort to make a true comparison and see which one of them is the best. I do understand how every developer loves his technology, by any chance I have hurted….BIG SORRY. 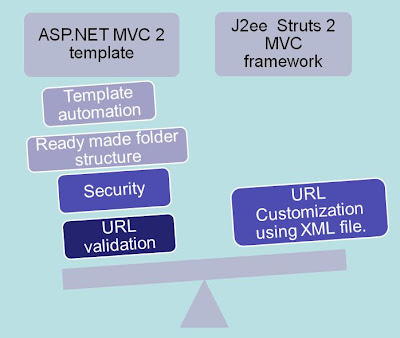 
Special thanks to Mr Vishwanathan Narayanan who helped me to give inputs on the J2EE side without which I would not have achieved the same. You can see his Java and j2ee design patterns videos by clicking on Java J2ee Design pattern videos.
Posted by Shivprasad Koirala at 10:29 PM