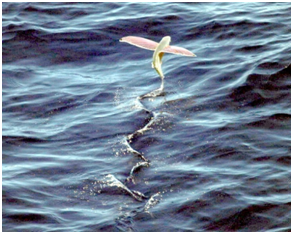 Humans are lazy and programmers are humans J . We like things which are simplified and clean. So if you see the evolution of programming, we initially started with functional programming, and evolved towards object oriented programming.

So as functional programmers where we used to remember methods and function names like “Add”, “Subtract”, “Multiply” and “Divide”, in OOP we just need to remember class “Maths” and all functions just pop out when we create the object of the class.

But as object oriented programmers we need to remember there are two worlds in OOP, one who creates the class and second who consumes it by creating the object.

So by following good OOP principles like abstraction, encapsulation etc developer writes the below “Customer” class so that other developers who consume this class should not feel it complicated.

Now the consumer who want to consume our “Customer” class will create the customer object , set properties and invoke methods.  Below is the sample code for the same.

Now let’s zoom on the above consumer code. Is it complicated?, probably not if you are C# developer or a object oriented programmer.

But what if your consumer is a tester who really does understand c# and would like to have more simplified interfaces to invoke your customer class for UNIT testing purpose.

Welcome to the concept of “Fluent interfaces”.

So if our component consumers can write object invocation code in simple English sentence like below , that would “ROCK” right.

So now the next thing how to we implement “Fluent” interfaces. That’s done by using “Method chaining”.

“Method chaining” is a common technique where each method returns an object and all these methods can be chained together to form a single statement.

So the above customer class we can wrap in another class (“CustomerFluent”) which will implement method chaining and expose chained methods in a simplified format.

So you can see in the below code methods “NameofCustomer” , “BornOn” accept input s and return backs “CustomerFluent” class.

Now your client code is simple, nice and FLUENT as in the below code.

I have seen four visible uses of fluent interfaces:-

DSL is a language for simple users who do not understand programming. So they can type something in simple English as shown below. This will be parsed and checked for syntaxes. Later this sentence can be mapped to a internal fluent interface statement.

task "warn if website is not alive":
every 1.Hour
starting now
when WebSite("http://www.questpond.com ").IsAlive is false
then:notify "admin@example.org", "site down!"

Below is the code of the Fluent interface statement to which the above DSL can map.

If you are creating fluent interfaces for developers then probably you are wasting time. Developers are consistent with creating objects with the new keyword and setting properties.  Even if you create something simple for them they are consistent with certain consuming methodology and you will find you are adding more complexity than simplifying it.

Second thing we need to understand that we need to write more amount of code to create fluent interfaces. As you saw in the previous code I created a separate class for making interfaces simplified.

There are very few instances when you need fluent interfaces, below are few of them:-


CodeProject
Posted by Shivprasad Koirala at 3:32 AM

Good to see it again in your posts. i had already seen it long back in 2005, on this post by martin flower "http://martinfowler.com/bliki/FluentInterface.html". Although very well explained.

Thank you so much for your nice share.Here I would like to introduce the source for java interview questions