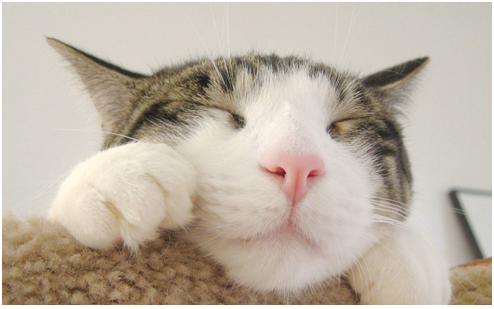 Lazy loading is a concept where we delay the loading of the object unit the point where we need it. Putting in simple words on demand object loading rather than loading the objects unnecessarily.

But how about just loading the “Customer” object initially and then on demand basis load the “Order” object.

So let’s consider you have client code which consumes the “Customer” class as shown below. So when the “Customer” object is created no “Order” objects should  be loaded at that moment. But as soon as the “foreach” loop runs you would like to load the “Order” object at that point ( on demand object loading).

So how do we implement “LazyLoading” ?

So for the above example if we want to implement Lazy loading we will need to make the following changes:- 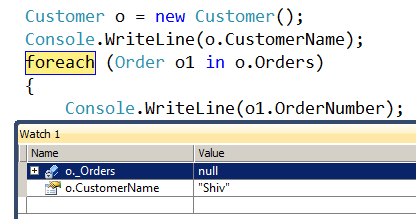 Are there any readymade objects in .NET by which we can implement Lazy loading?

In .NET we have “Lazy

Create the object of orders using the “Lazy” generic class.


Attach this Lazy<> object with the method which will help us load the order’s data.

Now as soon as any client makes a call to the “_Orders” object ,it will call the “LoadOrders” function to load the data.

Below goes the full code for the same.

What are the advantages and disadvantages of lazy loading?


The only one disadvantage is that the code becomes complicated. As we need to do checks if the loading is needed or not. So must be there is a slight decrease in performance.

But the advantages of are far more than the disadvantages.

FYI :- The opposite of Lazy loading is Eager loading. So in eager loading we load the all the objects in memory as soon as the object is created.

This blog offers the important interviews questions which is related to c# and .NET...
Online Tutorial For C#.Net