Technical vocabulary in IT industry are sometimes very confusing and “Concurrency” and “Parallelism” is one of them. Many developers think “Concurrency and parallelism means executing at the same time” which is right 50% but with one big difference:-

Feel of parallelism means you execute multiple tasks on the same core and the core switches context between tasks and serves them. You can also term this has time slicing / over lapping time period because your single core is just dedicating some time to one task and then some time to other. 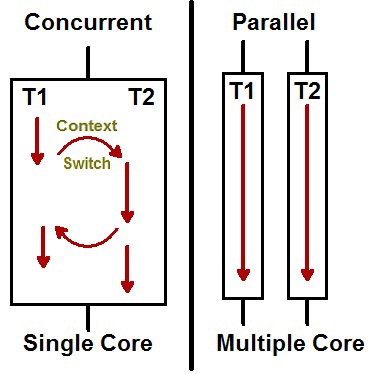 Note: - “Concurrency is a broader term and Parallelism is subset of it”. 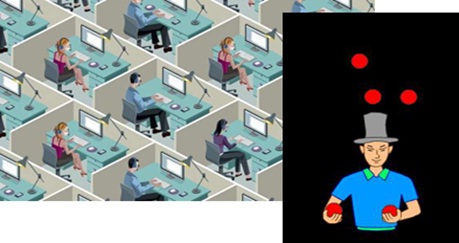 We do not want PERFORMANCE here we want that physiologically the end user feels both tasks are happening simultaneously.

We want to just beat the human eye capability of 100 FPS and give an illusion of parallelism without stressing our computer resources. But let’s say we want to process big excel files with million records then yes we would love to have actual parallelism to achieve performance.

In order to achieve concurrency we need to compose our application logic independently. For instance let’s say you want to process employee data where you want to increment the salary by x% and bonus by x%. 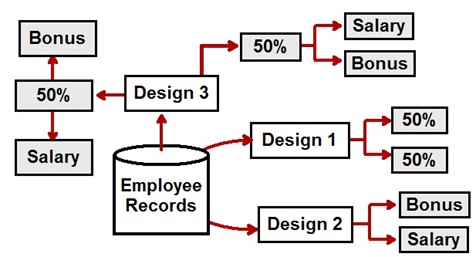 So you can decompose the application in to logical units by following different designs:-

Now you take these units and run on one core (Concurrency) or you run on multiple cores (Parallelism). So concurrency is about design while on parallelism we talk more from hardware perspective, 2 core, 3 cores and so on.

If you try to run every concurrent code as parallel you have resource starvation unnecessarily. So ask yourself do you want an illusion (concurrent) or do you performance (parallel).

Concurrency is not parallelism by Rob pike https://www.youtube.com/watch?v=cN_DpYBzKso

Nice discussion on concurrency and parallelism