C# and .NET interview questions: Explain in brief an interface?

Interface is a contract that defines the signature of the functionality. So if a class is implementing a interface it says to the outer world, that it provides specific behavior. Example if a class is implementing ‘Idisposable’ interface that means it has a functionality to release unmanaged resources. Now external objects using this class know that it has contract by which it can dispose unused unmanaged objects.


After implementing the above code you will get the following output as shown: 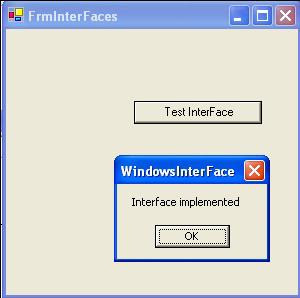 Following you can see a simple video on boxing and unboxing:

Visit Authors blog for more Most asked Dotnet interview questions
Posted by Shivprasad Koirala at 9:50 AM