The main goal of Inversion of control and Dependency injection is to remove dependencies of a application. This makes the system more decoupled and maintainable.

First let’s try to understand IOC (Inversion of control).  If you go back to old computer programming days, program flow used to run in its own control.  For instance let’s consider a simple chat application flow as shown in the below flow diagram. 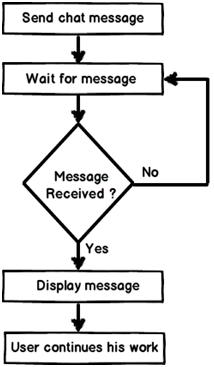 Now if you analyze the program flow closely, it’s sequential. The program is in control of himself. Inversion of control means the program delegates control to someone else who will drive the flow. For instance if we make the chat application event based then the flow of the program will go something as below:- 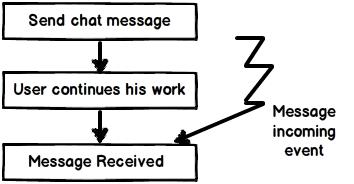 If you see the program flow it’s not sequential, its event based.  So now the control is inverted. So rather than the internal program controlling the flow, events drive the program flow. Event flow approach is more flexible as their no direct invocation which leads to more flexibility.

A word of caution here, do not conclude that IOC are implemented by only events.  You can delegate the control flow by callback delegates, observer pattern, events, DI (Dependency injection) and lot of other ways.

IOC (Inversion of control) is a general parent term while DI (Dependency injection) is a subset of IOC. IOC is a concept where the flow of application is inverted.   So for example rather than the caller calling the method.

Will get replaced with an event based approach as shown below. 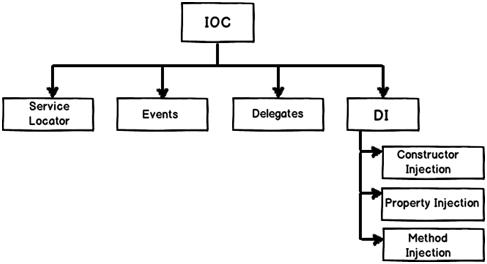 DI provides objects that an object needs.  So rather than the dependencies construct themselves they are injected by some external means.  For instance let’s say we have the following below class “Customer” who uses a “Logger” class to log errors. So rather than creating the “Logger” from within the class, you can inject the same via a constructor as shown in the below code snippet.

The biggest benefit achieved by the above approach is “Decoupling”. You can now invoke the customer object and pass any kind of “Logger” object as shown in the below code.