Will US immigration bill kill Indian IT companies?

It’s all about jobs so it is

Gang of Four to Gang of Eight

Vocabulary used in this article

Impact on Indian IT overall

It’s all about jobs so it is…

I really understand how sentimental this topic is for some US people who have a different feeling for outsourcing and immigration policies. Personally I respect the sentiment because it’s a very natural thing which any human would do. But my intention through this article is to not spark a debate if outsourcing is good or bad ?, did Americans loose jobs ? etc. My main intention here is to understand the technical points surrounding the new proposed US 2013 immigration bill and how it impacts Indian IT companies.

So please do refrain from making comments which would divert the cause of this article. Let peace and better understanding prevailJ.

Gang of Four to Gang of Eight 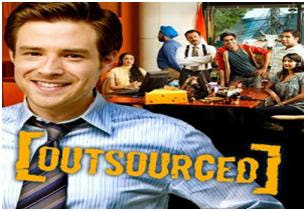 If you are one of those Indian developers whose interest revolves around programming, SQL, design patterns, it’s time to momentarily shift your attention from Gang of four (GOF) design patterns to Gang of eight (GOE) proposed immigration reform bill. Because this bill will affect Indian IT companies and directly to you to a great extent.

Now I am personally not sure if the bill will pass through. Until this date this bill is still debated in the senate. So incase for political reason this bill does not go through, this write up will go obsolete.

It’s an 800 page long bill which makes it quiet complicated to understand. Especially if you are not residing in US then understanding the bill makes it more difficult. So the main purpose of this article is to make Indian developers understand what the bill says and what are the key points that will affect Indian IT companies. So below are 5 key points which I have extracted from the bill which concerns Indian IT.


Vocabulary used in this article

I am assuming that this article will generate more interest with in Indian developers than anywhere else. So I am going to use some vocabularies in this article which can be confusing at times for Indian audience. Some of these vocabularies would look very lame for people who are residing in US but I can bet many Indian developers are not aware of the same. Below is a short explanation of the same to avoid confusion.

Democrat and republicans: - These two are largest political parties in US like how we have BJP and Congress parties in India. 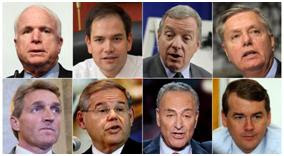 US immigration bill 2013:- It’s a reform bill which is made in consensus by gang of eight to define a path for undocumented immigrants , improved visa system , fast tracking permanent residence in US  etc.

Indian MNC and US MNC: - In my whole article whenever I say “US MNC” I am referring to software companies which have been established and originated from US (ex. Microsoft, Apple etc). When I refer the word “Indian MNC” these software organizations are established and have origin from India (ex. Infosys, TCS etc).

As said previously the bill is an 800 page document which talks about various things like bringing undocumented (illegal) population in to a legal framework, green card, citizenship etc.  But for Indian IT industry the most important thing is impact on H1 and L1 visas. This is what Indian IT companies thrive on.  So my main focus of this article will revolve around how the bill impacts H1 and L1 statuses.

First let’s start with some good news. The H-1B visa quota would be increased from 65,000 to 110,000 and can be further increased to 180,000 depending on further demand. But this quota increase would benefit US MNC’s more rather than Indian MNC.  We will discuss about the same in the coming points.

This is a definite impact on Indian IT companies. If you are not a US MNC and your IT work force is greater than 50 members:-

For US MNC’s the visa cost will be around $500 for every H1-B they recruit.

This is a real killer for IT companies. If you are Indian MNC with employees in US comprising more than 15% H1-B of your total US work force, you cannot place employees directly on client side. Client side means your employees can not work in clients premises. Most of the Indian IT companies feed on this. Personally I feel 15% is a very less number. This clearly benefits US MNC as they do not have any restrictions.

I personally like this point a lot. Indian MNC’s have been paying down rated salaries to Indian H1-B professionals in US. Due to this US MNC’s were not able to compete with them and second a local US developer had to compete with the down rated salaries. So now if this bill passes there will be strict H1-B mandated salaries. So this is a good news on a individual level, but for Indian MNC’s its taking their profit pie out and loosing edge over competitive rates with US MNC’s.

There is a 3 phase visa restriction which has been planned and it is as follows:-


Impact on Indian IT overall

Looking at the points above the overall conclusion points are as follows:-

I am not an expert in these kind topics. I am more of a technical person who does training on www.questpond.com . But because this topic interested me, so I thought of penning it down. So if you think if I have written anything wrong here or objectionable, let me know I will try to amend the same.

CodeProject
Posted by Shivprasad Koirala at 12:48 AM