Memory leaks in .NET application have always being programmer’s nightmare. Memory leaks are biggest problems when it comes to production servers. Productions servers normally need to run with least down time. Memory leaks grow slowly and after sometime they bring down the server by consuming huge chunks of memory. Maximum time people reboot the system, make it work temporarily and send a sorry note to the customer for the downtime. 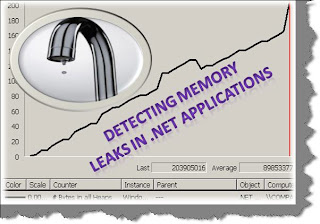 The first and foremost task is to confirm that there is memory leak. Many developers use windows task manager to confirm, is there a memory leak in the application?. Using task manager is not only misleading but it also does not give much information about where the memory leak is. 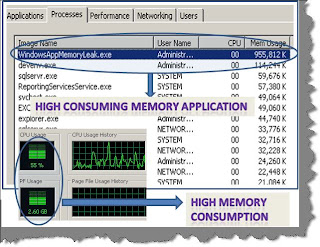 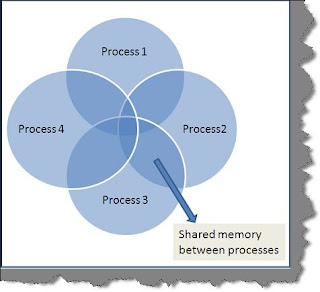 So the working set memory can big in amount than actual memory used. 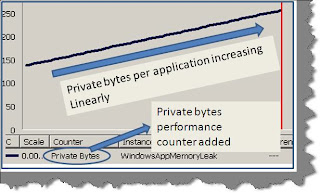 The above graph shows a linear increase but in live implementation it can take hours to show the uptrend sign. In order to check memory leak you need to run the performance counter for hours or probably days together on production server to check if really there is a memory leak.

Once we have confirmed that there is a memory leak, it’s time to investigate the root problem of the memory leak. We will divide our journey to the solution in 3 phases what, how and where.

So the first thing we need to ensure what is the type of memory leak is it managed leak or unmanaged leak. In order to detect if it’s a managed leak or unmanaged leak we need to measure two performance counters.
The first one is the private bytes counter for the application which we have already seen in the previous session.
The second counter which we need to add is ‘Bytes in all heaps’. So select ‘.NET CLR memory’ in the performance object, from the counter list select ‘Bytes in all heaps’ and the select the application which has the memory leak. 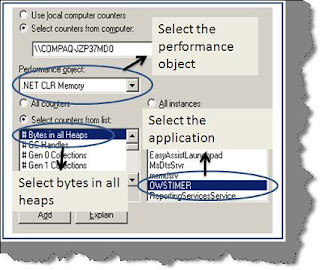 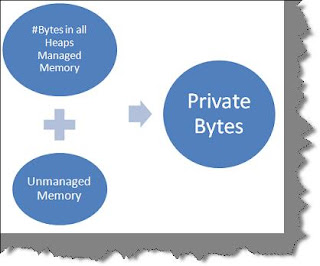 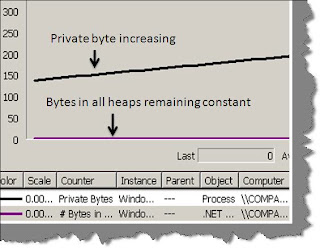 Below is a typical screen shot of a managed leak. Bytes in all heaps are increasing. 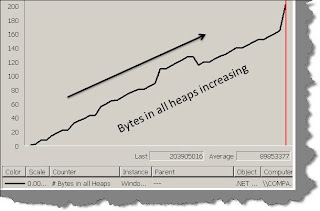 How is the memory leak happening?


It’s very difficult to inject a managed leak as GC ensures that the memory is reclaimed. In order to keep things simple we simulate a managed memory leak by creating lot of brush objects and adding them to a list which is a class level variable. It’s a simulation and not a managed leak. Once the application is closed this memory will be reclaimed.


In case you are interested to know how leaks can happen in managed memory you can refer to weak handler for more information
http://msdn.microsoft.com/en-us/library/aa970850.aspx .
The next step is to download ‘debugdiag’ tool from
http://www.microsoft.com/DOWNLOADS/details.aspx?FamilyID=28bd5941-c458-46f1-b24d-f60151d875a3&displaylang=en
Start the debug diagnostic tool and select ‘Memory and handle leak’ and click next. 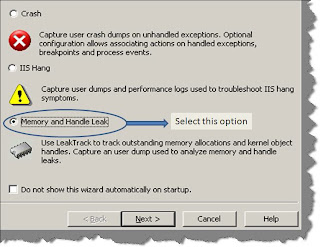 Select the process in which you want to detect memory leak. 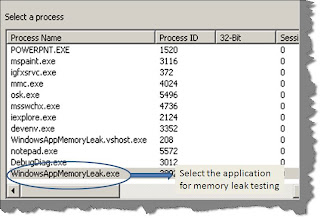 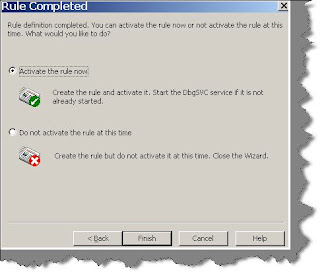 Now let the application run and ‘Debugdiag’ tool will run at the backend monitoring memory issues. 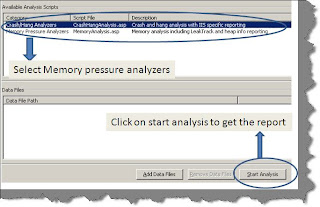 Once done click on start analysis and let the tool the analysis.

Managed memory leak of brushes are shown using ‘GdiPlus.dll’ in the below HTML report.

Where is the memory leak?

Once you know the source of memory leak is, it’s time to find out which logic is causing the memory leak. There is no automated tool to detect logic which caused memory leaks. You need to manually go in your code and take the pointers provided by ‘debugdiag’ to conclude in which places the issues are.
For instance from the report it’s clear that ‘AllocHGlobal’ is causing the unmanaged leak while one of the objects of GDI is causing the managed leak. Using these details we need to them go in the code to see where exactly the issue lies.

You can download the source code from the top of this article which can help you inject memory leak.

Thanks, Thanks and Thanks

It would be unfair on my part to say that the above article is completely my knowledge. Thanks for all the lovely people down who have written articles so that one day someone like me can be benefit.

Posted by Shivprasad Koirala at 2:10 AM