Ask any developer which is the best place in a .NET class to clean unmanaged resources?, 70% of them will say the destructor. Although it looks the most promising place for cleanup it has a huge impact on performance and memory consumption. Writing clean up code in the destructor
leads to double GC visits and thus affecting the performance multifold times.


With this article you will understand how performance of GC algorithm can be improved using finalize dispose pattern. Below figure shows the comparison of what we will be achieving after this article. This article uses CLR profiler to profile how GC works. In case you are new to CLR profiler please do read before you go ahead with this one. 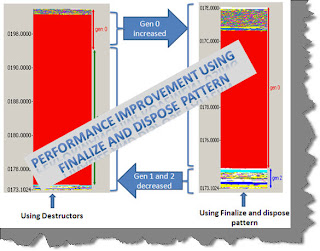 Thanks Mr. Jeffrey Richter and Peter Sollich Let’s start this article by first thanking Mr. Jeffery Richter for explaining in depth how garbage collection algorithm works. He has written two legendary articles about the way garbage collector work. I actually wanted to point to the MSDN magazine article written by Jeffery Richter but for some reason it’s not showing up in MSDN. So I am pointing to a different unofficial location, you can download both the articles from http://www.cs.inf.ethz.ch/ssw/files/GC_in_NET.pdf in a PDF format.

Thanks a lot to you guys. There was no way I would have completed this article without reading articles written by you. Any time you guys pass by article please do comment on the same would love to hear from you guys.

As said in the introduction writing clean up code in constructor leads to double GC visits. Many developers would like to just shrug off and say ‘Should we really worry about GC and what it does behind scenes?”. Yes, actually we should not worry about GC if you write your code properly. GC has the best algorithm to ensure that your application is notimpacted. But many times the way you have written your code and assigned/cleanedmemory resources in your code affects GC algorithm a lot. Sometimes this impactleads to bad performance of GC and hence bad performance for your application. So let’s first understand what different tasks are performed by the garbage collector to allocate and clean up memory in an application. Let’s say we have 3 classes where in class ‘A’ uses class ‘B’ and class ‘B’ uses class ‘C’. 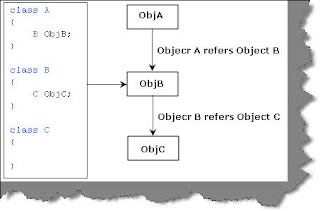 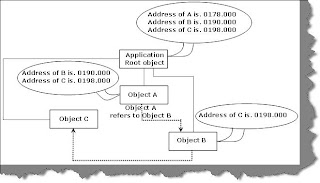 An application other than his own custom objects also has .NET objects which also form the part of the graph. The addresses to those objects also need to be updated. The number of objects of
.NET runtime is very high. For instance below is the number of objects created for a simple console based hello world application. The numbers of objects are approximately in 1000’s. Updating pointers for each of these objects is a huge task. 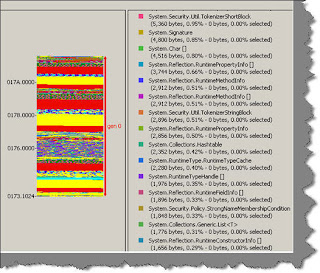 GC uses the concept of generations to improve performance. Concept of generation is based on the way human psychology handles tasks. Below are some points related to how tasks are handled by humans and how garbage collector algorithm works on the same lines:-
• If you decide some task today there is a high possibility of completion of
those tasks.
• If some task is pending from yesterday then probably that task has gained a
low priority and it can be delayed further.
• If some task is pending from day before yesterday then there is a huge
probability that the task can be pending forever.

GC thinks in the same lines and has the below assumptions:-

Below is a sample display of how generation objects are seen when you run CLR profiler. In case you are new to CLR profiler you can catch up the basics from Best Practices - Part 1 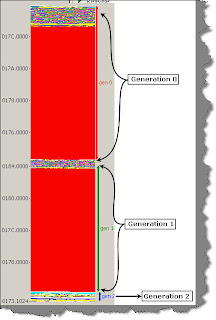 Ok, so how does generation help in optimization
As the objects are now contained in generations, GC can make a choice which generation objects he wants to clean. If you remember in the previous section we talked about the assumptions made by GC regarding object ages. GC assumes that all new objects have shorter life time. So in other words GC will mainly go through generation 0 objects more rather than going through all objects in all generations. If clean up from generation 0 does not provide enough memory it will then move
towards cleaning from generation 1 and so on. This algorithm improves GC performance to a huge extent. 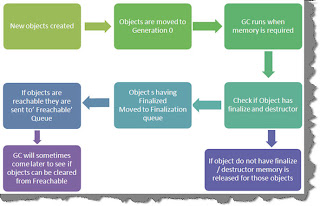 In other words objects which have destructor can stay more time in memory.
Let’s try to see the same practically. Below is a simple class which has destructor.


If you see the CLR profiler memory by address report you will see lot of objects in gen 1. 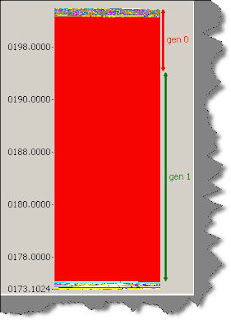 Now let’s remove the destructor and do the same exercise.


You can see the gen 0 has increased considerably while gen 1 and 2 are less in number. 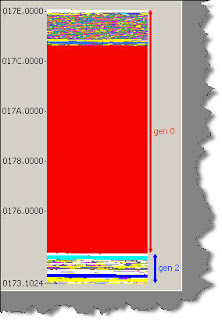 If we see a one to one comparison it’s something as shown in the below figure. 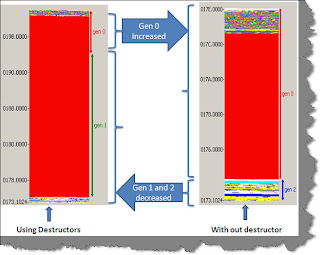 Get rid of the destructor by using Dispose
We can get rid of the destructor by implementing our clean up code in the dispose method For that we need to implement the ‘IDisposable’ method , write our clean up code in this and call suppress finalize method as shown in the below code snippet. ‘SuppressFinalize’
dictates the GC to not call the finalize method. So the double GC call does not happen


The client now needs to ensure that it calls the dispose method as shown below.


Below is the comparison of how Gen 0 and 1 distribution looks with constructor and with dispose. You can see there is
marked improvement in gen 0 allocation which signifies good memory allocation. 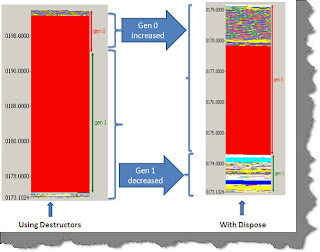 What if developers forget to call Dispose?

It’s not a perfect world. We cannot ensure that the dispose method is always called from the client. So that’s where we can use Finalize / Dispose pattern as explained in the coming section.

There is a detailed implementation of this pattern at
http://msdn.microsoft.com/en-us/library/b1yfkh5e(VS.71).aspx.

Below is how the implementation of finalize / dispose pattern looks like.


• Do not have empty constructors in your classes.
• In case you need to clean up use finalize dispose pattern with ‘SupressFinalize’ method called.
• If there is a dispose method exposed by a class , ensure to call the same from your client code.
• Application should have more objects allocated in Gen 0 than Gen 1 and Gen 2. More objects in Gen 1 and 2 is sign of bad GC algorithm execution.

You can find the sample source code for the dispose pattern at from here.
Posted by Shivprasad Koirala at 4:22 AM